I recently caught up with what one of my clients has been doing since the Lightning Process: here is what he wrote. And congratulations Steffan on the birth of your baby son! 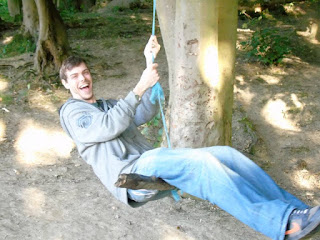 "I did the Lightning Process (LP) in May 2014 for my moderate M.E (CFS) which I had suffered with for around 6 years.

I was resigned to fact that I would probably never work enough to afford a house and I would never have the energy required to have children.

A typical day before doing the Lightning Process:

Waking up 10-11 am but stuck in bed with intense anxiety and lack of energy, feeling like I hadn’t actually been to sleep. Usually up by 12 noon. Having breakfast and showering (when up to it), after extra fatigue from this usually lying on the bed or sofa or floor up to 4pm. Force myself to get up from intense hunger, make myself meal which probably has little nutritional value but too exhausted so do something quick and easy.

Having dinner, maybe trying to help cook dinner but not being much help. Trying to get an early night and usually difficulty getting to sleep, tired but wired. Often awake until 3am or later for no reason just trying desperately to go to sleep. Cycle repeats. Even worse next day if I tried to do any extra exercise.

Biggest Achievements since doing the LP:

·         Succeeding in securing two jobs during the last year, both physically demanding. Both more hours than I have worked per week during the 6 years.

·         Getting up around 8.30am. If working that day always on time to work and always time to get ready properly beforehand.

·         Achieving all goals in my pre LP form listing “ideally I would like to…” including finally starting a band, and finishing building arcade machine in time for wedding reception and stag party.

·         Making new remix 27,554 views and counting on youtube. Recording singing and guitar in recording studio, always wanted to do it. https://www.youtube.com/watch?v=jqs1b0rx8Jc 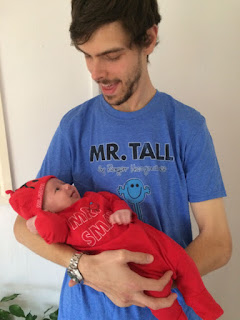 Posted by Hilary Allen at 10:05 No comments:

We have talked in several blogs about the power of our thoughts: positive or negative. But what do we do when we notice a thought that isn’t helping us? Recently I came across an interesting exercise to use; I liked it partly because it has similarities to some of the tools you learn on the Lightning Process course.

Take a thought like “I’m not good enough”, or whatever your “favourite” not very useful thought is. If we think that thought many times a day it is going to have a major impact on our life. Notice (briefly!) how you feel when you think it, and you will start to see why this is so.

Now change it to “I am having the thought that I’m not good enough”.
How does that feel different?

And now change it to “I notice that I am having the thought that I’m not good enough”. What effect does that have?

I find that it subtly changes my relationship to the thought. After all, it is only a thought........ and my thoughts are changing all the time. It is normal to change a thought, in fact they change on their own automatically. So if that is the case, what thought would you rather be thinking?
Posted by Hilary Allen at 04:24 No comments:

Hilary Allen
I am an Advanced Lightning Process practitioner, and I hold regular Lightning Process training courses Online and in Bristol, Cardiff, Hereford and NW Wales. The Lightning Process is an amazingly effective three day programme that can teach you the tools to turn your life around. It uses the ability of the mind and body to powerfully influence each other, and trains you to use this ability in a healthy, life-enhancing way. I also see clients for individual sessions in Bristol using a combination of Neuro-Linguistic Programming (NLP), Clinical Hypnotherapy and Life Coaching. For more information about both the Lightning Process and individual sessions please see my website, www.hilaryallen.org.uk.